May 25, 2012 New Delhi – Why i am searching for India today? This is what i am asking myself at this time. I am from Nepal and my country have thousands of problems including this one i am going to highlight here as well. Still i am curious about India because of its growing huge economy and its political influence in the region. 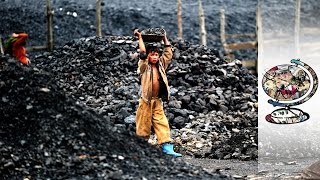 May 25, 2012 New Delhi - Why i am searching for India today? This is what i am asking myself at this time. I am from Nepal and my country have thousands of problems including this one i am going to highlight here as well. Still i am curious about India because of its growing huge economy and its pol

While i was wondering on the net, goggling for many kind of aspects of Indian lifestyle and economic changes, i finally came to know how India is gaining progressive economy utilizing Children as their work force.

Poor children in India begin working at a very young age. Many children have to work to support their families and some families expect their children to continue the family business. Children perform a variety of jobs: some work in factories, making products such as carpets and matches; others work on plantations, or in the home. According to a recent census bureau there are over 44 million child laborers in India. However, it is difficult to estimate how many children are actually working because many work without pay in assisting their parents or are working for employers that do not report it to the census. This makes it difficult for the government to regulate the type of work children are doing and limits its ability to ensure them a safe working environment.

Children’s agency can be seen in their contribution to their families through work. Though most children begin working at a young age due to economic factors, doing so allows them to break from some social constraints. For example, children whose families do not have enough money to pay for school fees can work to pay their own way, thus enabling some of them to an opportunity to attain an education that would have otherwise been out of their reach. Education is the key to freedom, economic and otherwise.

The type of work that Indian children perform is diverse. For instance, there is a strong sex typing of roles in regards to the work that male and female children do in agriculture, the household, and in unorganized industry. Studies indicate that the burden of household duties fall largely upon the female child. In rural areas girls are responsible for looking after younger siblings, cooking, cleaning, fetching, and carrying, which releases adults for more profitable and productive work. Evidence suggests that girls in the unorganized sector are engaged in low-paid, or unpaid, unskilled occupations, which do not necessarily lead to skill formation. The jobs that boys do, on the other hand, are closely related to apprenticeship training and skill formation. Sex typing of work also takes place in the organized sector where certain jobs are considered “female” jobs.

For boys the type of work is very different because they often work long hours doing hard physical labor outside of the home for very small wages. Here is an example: eleven-year-old Manjhi, a boy from Bihar, India, was not employed by a local landlord, and therefore, he often had to walk up to ten kilometers each way to find work. At many of these jobs he would earn only 30 rupees (70 cents) and the jobs would only last for approximately four months out of the year. This is not enough money for Manjhi and other children like him to live off, thus leaving their families in unsuitable living conditions and often times to starve.

The government has made efforts to prohibit child labor, including the 1986 Child Labor (Prohibition and Regulation) Act that stated that children under fourteen years of age could not be employed in hazardous occupations. This act also attempted to regulate working conditions in the jobs that it permitted, and put greater emphasis on health and safety standards. However, due to cultural and economic factors, these goals remain unmet. For instance, the act does nothing to protect children who perform domestic or unreported labor. In almost all Indian industries girls are unrecognized laborers because they are seen as helpers and not workers. Therefore, girls are not protected by the law. Children are exploited and deprived of their rights in India, and until further measures are taken, many Indian children will continue to live in poverty.

Editors Note: Pictures, Video and Article was collected from Various sources over the internet and may have copyrighted. We hold no right and responsibility over the act.