The War on borders between two neighbors in different part of the world is becoming a history nowadays. for an instance we can take the example between Palestine and Israel, Britain and northern Ireland, Somalia and Ethiopia, India and Pakistan and many to add in the list. Some of those wars was a nice script to produce as a documentary or as movie and shown patriotism of some brave solders. similarly now the same story is going to seen on Nepali silver screen soon.

The start of the new decade will see more film makers training their cameras on border clashes — this time between India and its neighbor Nepal to tell the story from the Nepali perspective.

Two Nepali film directors have completed shooting for their new feature films that focus on the tribulation and insecurity faced by Nepalis living in what is now no man’s land after the boundary between the two countries was affected by rivers changing their courses.

India and Nepal share an 1,800-km open border, which is mostly delineated on the basis of rivers and, in some areas, border pillars, which are often in a state of ruin.

There are border disputes in over 20 of Nepal’s 75 districts, the most serious being in Kalapani and Susta.

Kalapani is an area in Nepal’s eastern Darchula district, on the borders of India, Nepal and China. Since the Sino-Indian war of 1962 Indian troops have held Kalapani.

Watch the movie below: 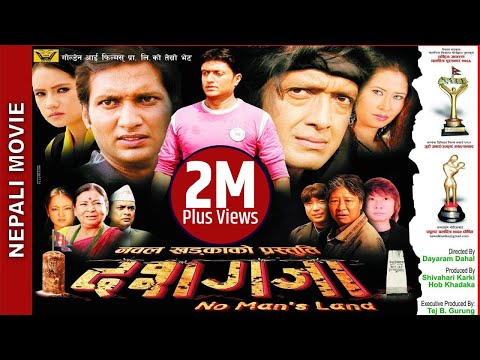 This is one of Nepal’s most sensitive issues. The Maoist party last month asked New Delhi to withdraw from Kalapani.

Now Maoist chief and former prime minister Pushpa Kamal Dahal Prachanda is to lead a protest in Kalapani. Four of his lieutenants will take similar marches to other most seriously disputed areas like Susta in western Nepal’s Nawalparasi district.

‘You wake up one day and find that you are no longer in Nepal,’ says Uddhav Abidit, whose film ‘Kalapani’ will be released in summer. ‘You are then evicted from your own home and become a refugee in your own country.

‘When I visited Kalapani for an on-the-site study, I found acute fear and insecurity among Nepalis. I don’t want to rake up anti-Indian sentiments by exaggerations but to depict the plight of people in no man’s land.’

While Abidit is a social film maker, one of Nepal’s most prolific commercial directors, Dayaram Dahal also has a new film on the border row.

‘Dasgaja’ is based on the village by the same name in farwest Nepal’s remote and underprivileged Kailali district where poverty and famine drive hundreds of able-bodied men and women in search of work to India.

Producer Nawal Khadka says ‘Dasgaja’ will also raise the plight of people of Nepali origin in Bhutan, who became refugees due to their ancestral roots.

Both films, their makers say, faced intimidation by India’s border patrols during shooting, a common complaint by the people living in the border areas.

When the British East India Company overran India, Nepal escaped being annexed by signing a treaty in 1816 which forced it to cede almost a third of its territory.

But after India became independent and signed a new pact with Nepal in 1950 – the Indo-Nepal Peace and Friendship Treaty – that superseded all earlier agreements, many Nepalis felt the Sugauli Treaty was also invalid and Nepal should get back its land that lies in India’s West Bengal, Sikkim, Uttarakhand and Himachal Pradesh.

Pundit’s documentary raises the demand, which has now become a movement as well, with a Nepali professor petitioning the Indian and British governments.

Phanindra Nepal, who has been arrested several times for leading street protests against the Sugauli treaty before the Indian embassy in Kathmandu and during the earlier Indian foreign secretary Shiv Shankar Menon’s visit to Kathmandu, has a warning.

‘If the border dispute is not resolved soon, it will snowball into a greater turmoil than India’s Kashmir war,’ he says. ‘Thousands of Nepalis in Nepal and India want the restoration of a Greater Nepal.’