The Secret of the Seven Sisters - Documentary
Search by category:
by News Desk May 24, 2019 299 Views
Share:

How did oil exploited the world today? How has those giant oil companies has establish in the first and how has its wealth played geo political  and bloodline for so many war we have heard off? some has been explained in this documentary below.

Story Synopsis
They have supported monarchies in Iran and Saudi Arabia, opposed the creation of OPEC, profiting from the Iran-Iraq war, leading to the ultimate destruction of Saddam Hussein and Iraq.

At the end of the 1960s, the Seven Sisters, the major oil companies, controlled 85 percent of the world’s oil reserves. Today, they control just 10 percent.

Part -One – The Dessert Storm 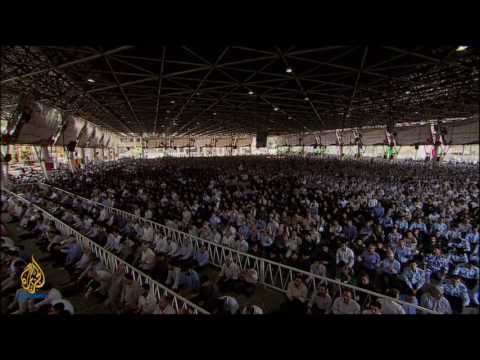 Documentary series that reveals how a secret pact formed a cartel that controls the world’s oil. Throughout the region’s modern history, since the discovery of oil, the Seven Sisters have sought to control the balance of power.

New hunting grounds are therefore required, and the Sisters have turned their gaze towards Africa. With peak oil, wars in the Middle East, and the rise in crude prices, Africa is the oil companies’ new battleground.

Al Jazeera documentary about the history of oil cartels and how geo-political relations are dominated by oil.

Previous Post More Than 250 people want to climb Everest today, will they make it?