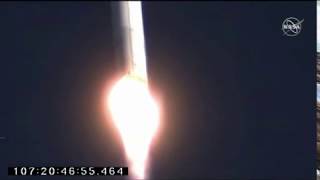 18 April 2019, Virginia - Even after some 80 years of space exploration by other countries, Nepal has finally launched its first satellite to the space via NASA Cargo ship to the international Space station last night. Nepal’s first satellite, ‘NepaliSat-1’, has been launched into space, which will