Tomas Berdych double-faulted on match point to hand Feliciano Lopez victory in their quarter-final at Queen’s Club.
Lopez, the 10th seed, saw off the second seed 6-4 7-6 (9-7) to reach the last four at the Aegon Championships.
The Spaniard goes on to face Czech Radek Stepanek, who beat Kevin Anderson 1-6 6-3 6-2.
Top seed Stanislas Wawrinka plays Australian Marinko Matosevic later on Friday.
The winner of that match will next play fourth seed Grigor Dimitrov, who had a walkover after eighth seed Alexander Dolgopolov pulled out with a thigh strain.
Lopez, 32, again showed his pedigree on grass by seeing off Berdych, the world number six, in a tight match.
He grabbed what proved to be the only service break of the match in the first set, and saved a set point in the tie-break with a nerveless serve-volley.
After looking set to force a third set, Berdych cracked under the pressure and sent down a double-fault when facing match point.
Stepanek had earlier followed up Thursday’s win over Andy Murray with another impressive performance, fighting back to beat seventh seed Anderson.
“Experience definitely helps,” said the 35-year-old, through to his first ATP semi-final for over two years.
“Always when you start to play the grass-court season, you’re looking to play as many matches as you can to get comfortable, to be friends with the grass.
“That’s what I’m doing here.”
Meanwhile, Switzerland’s Roger Federer had a walkover in the quarter-finals of the Gerry Weber Open in Halle after Lu Yen-hsun pulled out because of back problems.
Second seed Federer, who is looking to win the event for a seventh time, will play fourth seed Kei Nishikori in the last four.
Top seed Ana Ivanovic eased into the semi-finals of the Aegon Classic in Birmingham with a 6-1 6-4 victory over Klara Koukalova.
Source:BBC 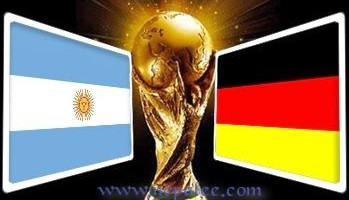 Next Post Mexico overcame having two goals out to beat Cameroon