July 08, 2010-South Africa-“The guy who designed this ball never played football.” “The worst ball that I have seen in my life.”

So says everyone from Iker Casillas to Robinho to Fabio Capello. Former Liverpool striker Craig Johnson even wrote a passionate 12-page letter to Sepp Blatter, president of FIFA, on how the Adidas ball “could ruin the game as we know it.” Trashing the Jabulani has become something of a sport in its own right, with wildly mishit shots celebrated with resounding cries of “Jabulani!” in pubs and living rooms around the globe. 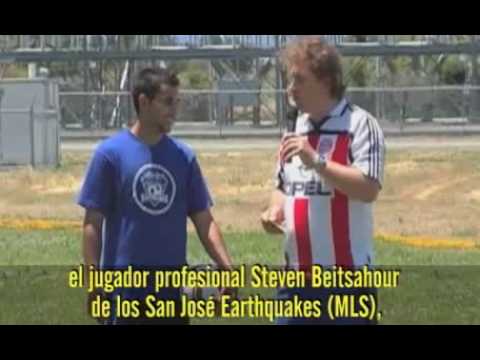 Now it turns out there is a very real scientific basis for all the moaning. NASA’s aerodynamics people at the Ames Investigation Centre managed to get some MLS players to kick a very dusty Jabulani around to what sounds like a soundtrack from a 1970s instructional video. The tests confirm what everyone has been saying: Jabulani’s scanty 440-gram weight, coupled with the high-altitude conditions in South Africa, means when at speeds of 44 mph or more the ball becomes susceptible to something called the “knuckle effect.” That’s aerodynamic shorthand for “it swerves all around like crazy at high speeds because of the air flow on the seams and stuff,” which isn’t so bad when you get goals like this.

Adidas has yet to respond to the new scientifically based criticisms, and Sepp Blatter and FIFA are meeting in September to discuss the horrible aftermath left in Jabulani’s zig-zagging wake. What’s really frightening though is that we now know World Cup footballers are apparently as adept at noting erratic aerodynamic patterns as NASA’s rocket scientists. Be afraid.

Was there really a manufacturing errors in its football of this worldcup? Please send us your comments.

Next Post Magic water artists arrested by police in UAE