Kathmandu July 28, 2012 – This Eid, A huge mega movie is on the way to the theater near you. Its known to be the one of the most expensive movie with record breaking acting charges by Salman Khan in the movie. I have just come across the first song release of the movie and waiting for its release on August 15, which is the day India was announced Independent as well.

Ek Tha Tiger (English: There was a Tiger) is an upcoming 2012 Bollywood romantic action thriller film starring Salman Khan and Katrina Kaif. Produced by Aditya Chopra and directed by Kabir Khan, the film marks the third collaboration of Kabir Khan with Yash Raj Films after Kabul Express (2006) and New York (2009). The film is scheduled for theatrical release on 15 August 2012. 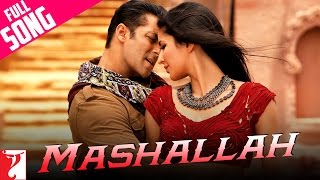 Kathmandu July 28, 2012 - This Eid, A huge mega movie is on the way to the theater near you. Its known to be the one of the most expensive movie with record breaking acting charges by Salman Khan in the movie. I have just come across the first song release of the movie and waiting for its release on

After pre-production started, reports claimed that the film was initially offered to Shahrukh Khan. However, they were denied by the director, who stated that a different script had been offered by him to Shahrukh, but no one else had been roped in for the lead role in Ek Tha Tiger except Salman, for whom the project becomes his first venture with Yashraj Films. His salary for the film has been reported to be INR32 crore (US$5.79 million). Director Kabir Khan teamed up with Katrina Kaif and Aseem Mishra for the second time after New York. Ranvir Shorey was signed in for a supporting role.
Filming

Filming for Ek Tha Tiger began on 10 August 2011. Shooting locations have reportedly included 10 countries, including Ireland, Czech Republic, Turkey, Cuba, Egypt, Iraq, Russia and India. The first schedule was carried out in the Trinity College of Dublin. The lead actors shot in the get-up of students and the college was chosen as an alternative to the “usual” educational institutions. The second schedule took place in Istanbul, as insiders of the film considered it a “perfect backdrop” for the action sequences. Salman did a commercial for Cuban Tourism with a local team while shooting a major portion of the film in Havana, the capital of Cuba. The same sets used in the film were featured in the ad. After shooting in Cuba, a schedule was opened up in Mumbai.

A schedule planned in Hong Kong was delayed due to script issues and Aditya Chopra’s simultaneous involvement in another project. The shooting of Ek Tha Tiger was stalled when Salman set off to USA for a surgery regarding his Trigeminal neuralgia. After it got over, it resumed on 10 September. The stunt directors of The Bourne Identity were contracted for the stunt sequences of Ek Tha Tiger. Katrina Kaif performed her own stunts in the film, describing them as “exciting, challenging and electrifying”. This is one of the first action films in her career. She had to simultaneously switch between her two films and resumed her filming for Ek Tha Tiger on 27 March 2012.

The film is being planned for a release during Eid of 2012. A set of reports indicated that the film showed a similarity with Agent Vinod (2012), and was inspired by the Bourne film series. Both the reports were dismissed by the producers. To shoot a single time slice shot for the film, a set of 75 Canon 5D cameras were used simultaneously. The whole unit including lead actors Salman Khan and Katrina kaif left for Bangkok on 22 May 2012 to shoot the last schedule of the film.
Soundtrack

Initially, Pritam was signed as the composer of the film. However, he opted out of the film later due to date clashes with yet an other Yash Raj projects, Dhoom 3. Chopra, being impressed by composer Sohail Sen’s work in their recently-released film Mere Brother Ki Dulhan, roped him in to compose for the film. The lyrics were penned by Neelesh Misra. A song titled Jaaniyan which had vocals by Asif Nawaz, a Pakistani artist was reported to have been leaked from the film’s soundtrack. However, YRF officials denied the news, saying that the album was not in any danger of being leaked. A single track named “Masha Allah” crooned by Wajid Ali and Shreya Ghoshal was released on 12th July 2012.