June 27, 2012 Kathmandu – We are always in a hunt for something that is new to the world, new to the public, In a similar discovery, World’s largest Insect found in New Zealand by an explorer. Here is the story of the incident how he discovered the giant insect and got bitten up while he is handling the animal.
This is not good news for entomophobia sufferers. A former park ranger traveling in New Zealand has stumbled across the world’s largest insect, a Weta Bug, with a wing span of seven inches and the weight of three mice.

Watch the video Man Vs Wild below:

“Three of us walked the trails of this small island for two nights scanning the vegetation for a giant weta,” said Mark Moffett, 55. “We spent many hours with no luck finding any at all, before we saw her up in a tree. The giant Weta is the largest insect in the world, and this is the biggest one ever found.”

Most people would have recoiled at such a find–but Moffettt held the giant insect in the palm of his hand and even fed it a carrot. 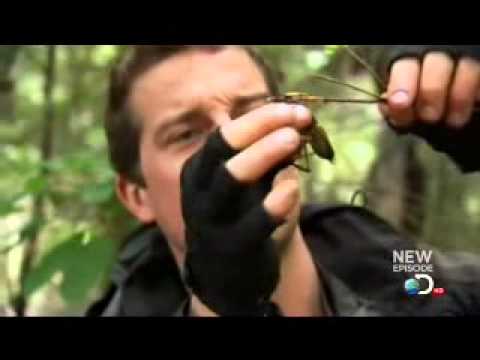 “She enjoyed the carrot so much she seemed to ignore the fact she was resting on our hands and carried on munching away,” Moffett said. “She would have finished the carrot very quickly, but this is an extremely endangered species and we didn’t want to risk indigestion. After she had chewed a little I took this picture and we put her right back where we found her.”You can watch a video of a smaller, but still huge, Weta Bug in action here. And yes, the man in the video actually eats one of the bugs (and no, bug preservationists need not be alarmed–the smaller Weta is not endangered):

The Weta Bug goes back 180 million years, predating the dinosaurs, but was thought to be extinct after European explorers had unwittingly brought rats with them to New Zealand’s Little Barrier island.