Ranudevi, the first singer of Radio Nepal, is no more - Literature
Search by category:
by News Desk May 1, 2020 279 Views
Share:

Kathmandu – Radio Nepal’s first singer and democratic fighter Ranudevi Adhikari has passed away at the age of 84. Singer and musician Sumit Khadka, who made his documentary on a biography of Ranudevi named ’56 Years Later, confirmed that she passed away at 10:55 pm on Thursday at Kathmandu Medical College in Sinamangal. she was cremated at Aryaghat on Thursday night.

Ranudevi, who suffers from Alzheimer’s and Parkinson’s, was taken to the hospital on Thursday. She died shortly after being taken to hospital. Ranudevi’s childhood was spent in Varanasi, India, where she remained attached to classical music.

Inspired by Tarini Prasad Koirala, the first person to establish a radio service in Nepal, she was involved in the art and music front in the fight against the Rana rule. Back in 1949 six of her songs were recorded on Radio Nepal. Even before that, she used to sing Jagran in Biratnagar.

Her songs like ‘Juneli Raat Hazur’, and ‘Jaage Nepali Uthe Nepali’ are popular. Her songs were also recorded in Calcutta with the words/music of Tarini Prasad Koirala. 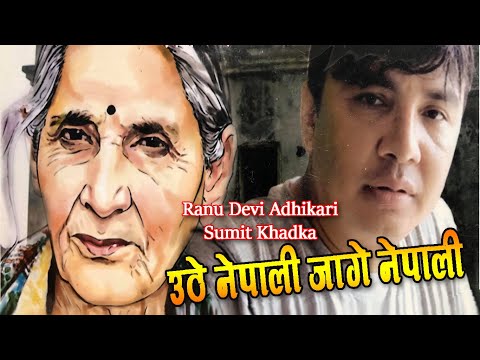 Ranudevi is the sister of Nona Koirala, the ideal personality of Nepali politics. Ranudevi, who has a bachelor’s degree in history, taught for 30 years from 1966 to 1996. She was married to Tirtha Prasad Adhikari of Biratnagar in 1949.

At that time she was studying in the 8th class. She has a son and two daughters and she was widowed for a long time. The son and the eldest daughter live in the United States. She had been living in Kathmandu with her youngest daughter.

Nepali society was so conservative back in the 1950s and women of her type were badly criticized in society and family. Due to her courage and inspiration to other women and having political support from people like BP Koirala, Tarini Koirala, and Nona her sister, she did not lie down her dreams and continued her singing and teaching journey till the late nineties.

We are feeling sad to hear the news of the sad demise of Ranukadevi and pray to the almighty for granting strength to the family to bear the tragedy. You will live in our hearts forever. May your departed soul rest in Paradise.!

Next Post An Interview with PM Oli on Current Scenario